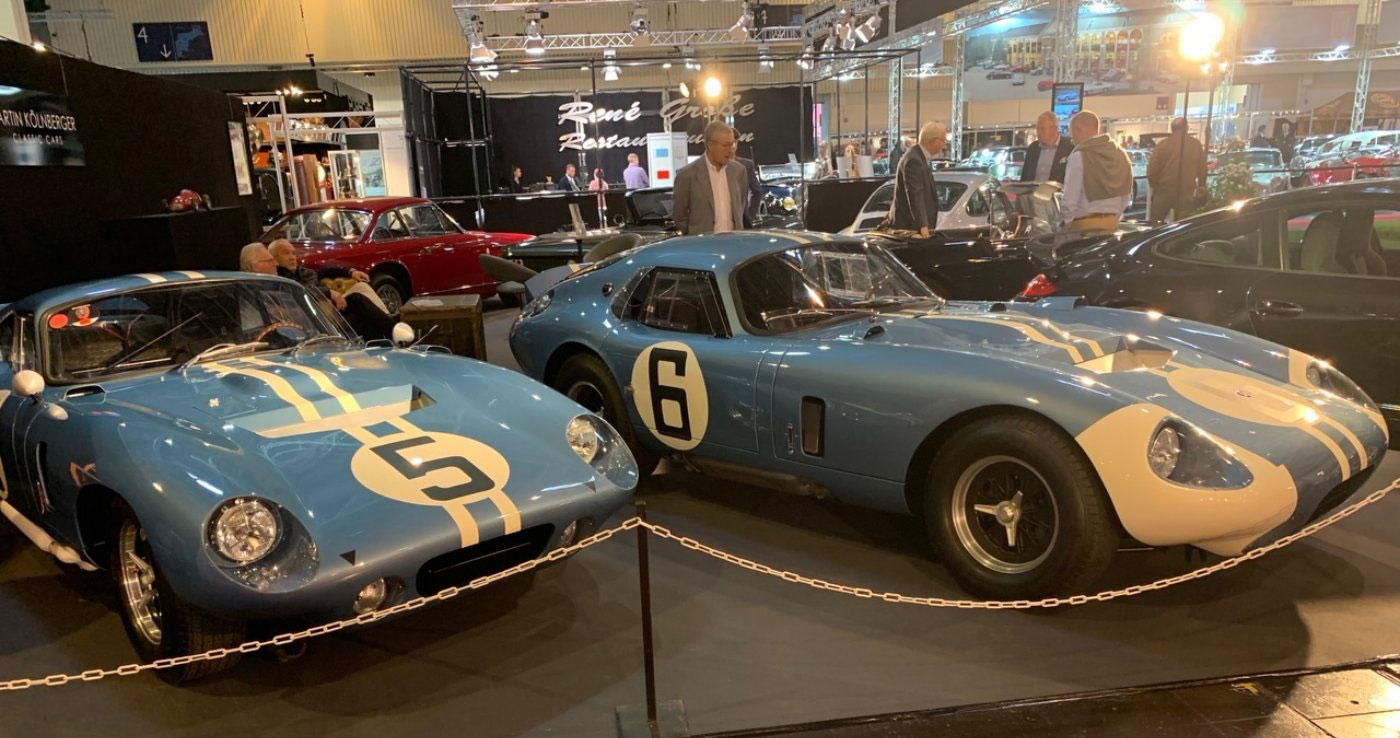 In the world of replicas and recreations, we talk all the time about the accuracy of tribute vehicles. There’s even a specific set of terms we use to refer to these types of cars, and they carry varying degrees of accuracy. From tribute, to recreation, and reproduction to replica, there’s an increasing degree of correctness implied.

Exacting historical accuracy is not for everyone, and incorporating new technologies and designs in replica vehicles often yields more usable, comfortable, and sometimes quicker cars. But for some customers and organizations, it’s all about accuracy to the nth degree.

Through a convergence of key players, a new Daytona Coupe replica has been made available that promises laser accuracy (literally). Through precise laser scans of the original, Daytona Coupe ApS (the firm behind the project) has not only created a line of Daytonas worthy of FIA approval, but they’ve also chosen to replicate the precise differences between the Shelby and Italian-made Coupe bodies. The company’s first completed car, PBX2299-01 is the first and only FIA Daytona Coupe to carry Peter Brock’s signature. 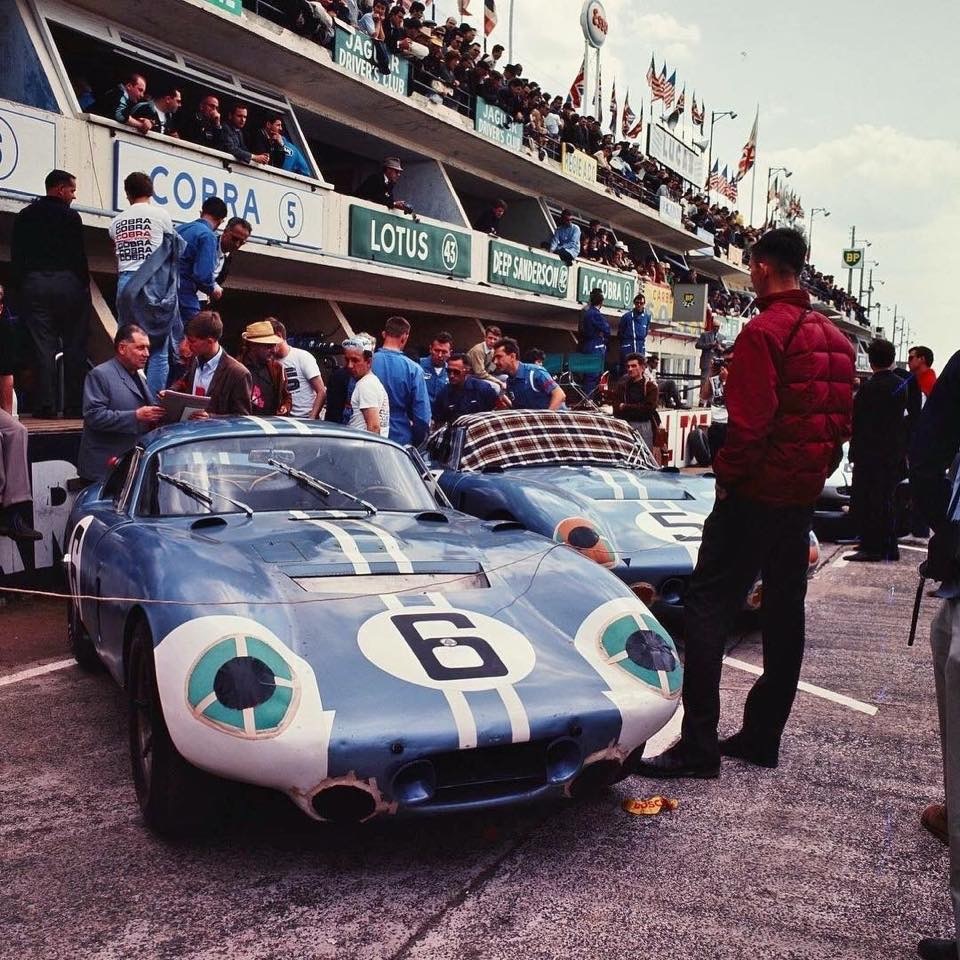 We’re all quite familiar with the story of young Shelby designer Peter Brock, who penned the controversial lines of the Daytona Coupe. Inspired by obscure German text on aerodynamics, Brock designed a body for the Cobra chassis that featured the cut-off Kammback tail and swooping roofline. But that being said, CSX2287 was the only car that directly adhered to Brock’s design, as it was the only car built in California by Shelby. While the Shelby team was campaigning CSX2287, the five remaining Coupe bodies were built by Carrozzeria Gransport (Italian for Grand Sport Coachbuilders) in Modena, Italy.

The cars built in Modena have some significant differences that are easy to spot in a side-by-side comparison. In the accompanying photos, you’ll see PBX2287-01 (#6) and PBX2299-01 (#5), which reflect the designs of Shelby-built CSX2287 and the Italian-built CSX2299.

To start, the Italian cars featured a flattened roofline, compared to the original car, which has more room above the driver’s head. You’ll also notice some significant differences in the front ends, consisting of a sharper nose and elongated headlight covers on 2299-01 (#5). In the rear, it can be seen that the Italian-built cars have more pronounced lines where the rear fenders meet the tail. The profiles of the rear windshields and rear windows are also different between the two designs.

Accounts differ on the reasoning for these alterations. The most common answer is that Carrozzeria Gransport made some errors while converting units, leading to clear differences in the body and windshield. Whatever the original motives may have been, these differences were of the utmost importance in the project.

It takes a diverse cadre of talent to get a project of this magnitude moving. Daytona Coupe ApS of Denmark was started for the sole purpose of producing exact reproductions of the six original Coupes worthy of FIA approval. Mikael Tarne of Daytona Coupe ApS soon got together with Bastian Ebener and the team AMMAS (American Muscle and Motorsports Services) in Germany to bring the project to life. With Peter Brock on board to guide the project and provide priceless insights into the original aerodynamic design, the team was complete and legitimate.

Amazingly, the team was able to perform complete 3D scans of two original Coupes, the Shelby-built CSX2287 in the Simeone museum, and the Italian-built CSX2299 in the Miller Collection. Starting with 2299, a wooden buck was created from the data, and the team at AMMAS hand-formed a body in aluminum. A separate buck would be created for 2287 to construct the second car PBX2287-01.

The cars are based on exacting copies of the original AC-built chassis, including the transverse leaf-spring suspension and Koni-style dampeners. An original-style roll-over bar and current FIA approved safety equipment are built-in, making the platform suitable for vintage competition. 289 ci Ford engines are warmed over with Shelby components and prepped for vintage racing. A Borg-Warner T-10 short tail shaft transmission handles gearshifts, and a Salisbury-type differential puts power to the pavement.

Customers can order their cars with either the original 2287-style body, or the Italian-altered 2299-style body. Paint can also be specified, and buyers have the choice between the rare 1964 Shelby scheme, and 1965 world championship scheme. The paint seen on the cars here reflects the 1964 Shelby Team livery of Viking Blue with Wimbeldon White stripes. The more popular Guardsman Blue with white stripes, used in the ’65 season, is also available.

Prices for these exacting aluminum recreations start at $395,000, with an additional $50,000 to secure the full FIA race package.

Dieser US-Sportwagentraum ist „Made in NRW“