Only six Shelby Cobra Daytona Competition Coupe race cars were built in 1964 and ’65. All six survive today and are worth millions f pounds each. For the first time ever, they were all gathered together, at the 2015 Goodwood Revival, and that event and the detailed race history of them was covered in Steve Havelock’s two-part feature in CA300 and 301 in 2016. 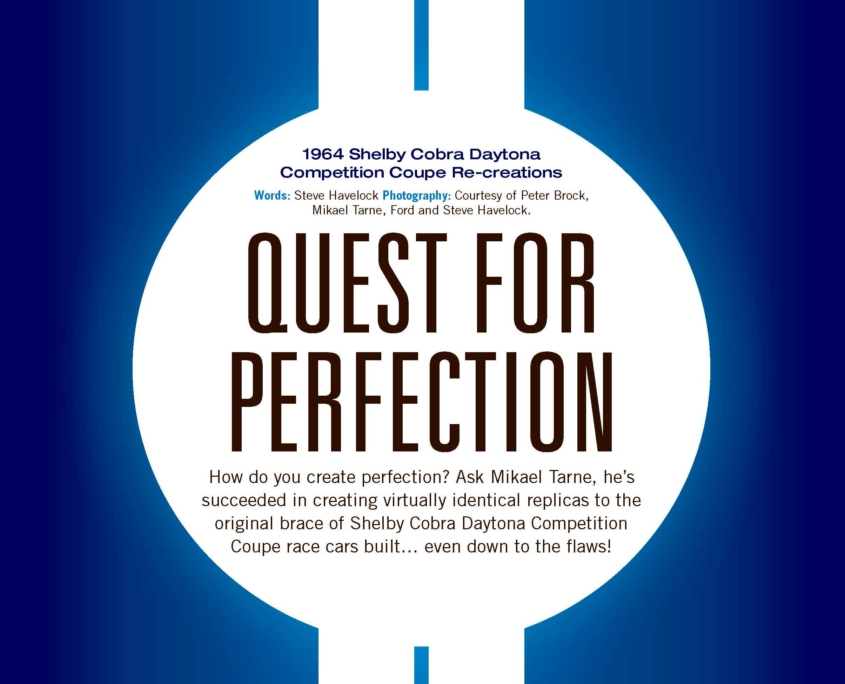 Just like the open-top Shelby AC Cobra roadsters before them, oodles of Daytona Coupe replicas have been built, although in most cases the accuracy and quality is questionable. Others may look like the originals, but have been slightly scaled up to make them more comfortable for ordinary folk rather than for the skinny racing drivers they were originally designed around, and they are equipped with the luxuries and niceties of a modern road car.

A dozen or so years ago, Daytona Coupe enthusiast Mikael Tarne, who is half Danish and half British, tried to buy an exact “FIA approved” replica for use in historic racing. However, he couldn’t find such a car so he set out on a mission to build one.